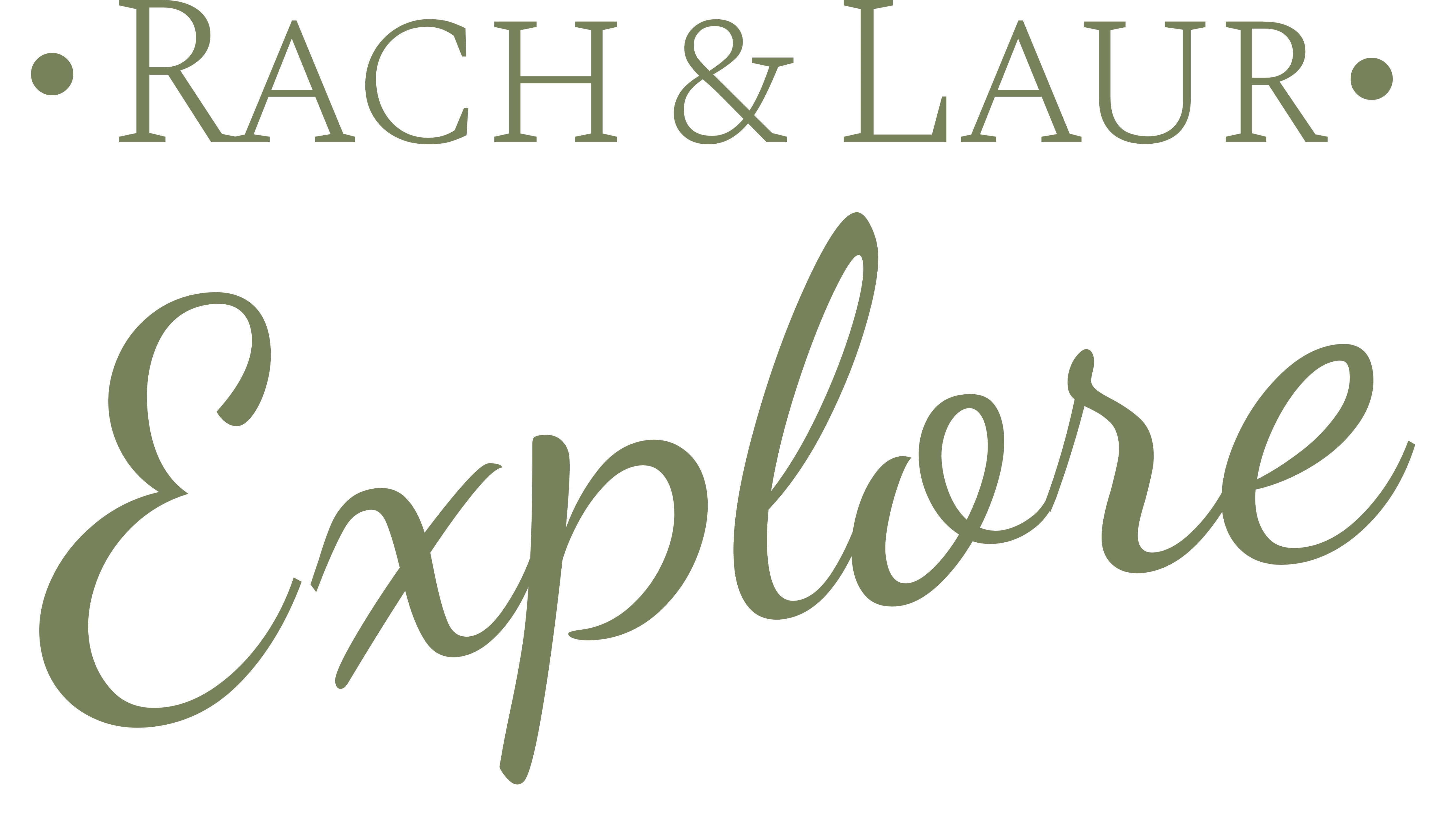 Everyone has that earworm that they can’t shake, the song they curse when it plays on the radio, but the more it plays on repeat in your head, the more you start to reconsider… “hey, this actually isn’t so bad.” Hate turns into tolerance, and tolerance turns into love. Our brains crave repetition, and the more we listen to a song, the more we can’t live without it.

We experienced this phenomenon a lot while abroad. Our heads said no, but our hearts said yes to so many formulaic pop songs. We joked about how we “loved to hate” these songs, so we started to compile these songs into a playlist. In the beginning, they all started out as songs that we reluctantly loved, but then we started adding songs that just reminded us of specific places during our travels. We often used this playlist while packing up in the morning or to “get hype” before going out at night. No matter how low our spirits, pressing play on this playlist always brightens our day. We’ll walk you through the songs, maybe share a story or two, but if you’re feeling bored in quarantine, maybe this playlist can act as a quick fix. We won’t be offended if you hate it, because we sort of do too...

This anthem is the headliner of our playlist for a couple of reasons; it reeks of the 90s, and it is played on the hour every hour at Oktoberfest. It was a brisk October morning, and we were laughing over our shenanigans from the previous day in the beer tents over scrambled eggs (our favorite) and coffee. We both agreed that as hilariously intense this song is, it is equally as good. Instant hype music that will always bring us flashbacks to dancing on the benches (not the tables) at Oktoberfest.

We know we’re not alone in love/hating this song, but we simultaneously think it’s super overrated. It is a product of the pop song factory, but they’ve got the formula down for what the human brain loves to hear, even if it lacks creativity. Every time it played on the radio, we’d give each other a little mutual eye-roll. But this song eventually wriggled its way into our hearts and this playlist. Europe is obsessed with Latin-flavored pop tunes, and this one is practically looped continuously on the radio in Europe. We wish we could pretend we didn’t need ya…

Ok this song is a straight bop. To be honest, we never hated this song; we love it from start to finish. Listening to this song sparks memories of us cruising through the Italian countryside in our piece-of-shit Fiat, so this song truly made a shitty situation a little better. We know every word and it gives us so much life. This song could have 10 more verses, and it still wouldn’t be enough. She says so many things we WISH we said to guys we’ve dated (sorry boys), and the self empowerment is real.

Another reggaeton song that Europe has on loop. But compared to Senorita, this song is more than “latin adjacent.” It pairs well with a cocktail on the beach, and you’ll be humming it in the shower before you know it.

DANCE MONKEY BY TONES AND I

A message to the DJs of southeast Asia: STOP PLAYING REMIXES OF DANCE MONKEY. The original is a masterpiece and cannot be improved upon by diluting it with extra beats. Ok, so Rachel is only slightly obsessed with this song. We don’t bring much to the table in terms of dance moves, but we will give it our all to this song.

PIECE OF YOUR HEART BY MEDUZA AND GOODBOYS

After listening to this song, you might be startled to realize you’ve been transported to a Berlin night club. No really, there’s a weird dude with spiky bleached hair, leather jacket, and Doc Martens that won’t stop staring at you (maybe because you just materialized in the room?). Another girl with a mohawk walks past you and tells you not to “sell out” but in German.

So Maitre Gims (who we affectionately call “Mr. Gims”) earned three spots on this playlist!! We would have never found him if we hadn’t attended a music festival in the Swiss mountains with Rachel’s swiss family, but it was fate. Assuming that you too, are unaware of the music stylings of this French rapper (who sometimes also raps in Spanish), we’ll give you a short introduction. His music is popular across Europe and he wears sunglasses always. You also might be surprised to learn that he’s collaborated with none other than Sting, so you know this guy is good. We can’t really sing along to these songs in French, but our jibberish is impressively convincing.

ALORS ON DANSE BY STROMAE

More French? Mon Dieu! The title basically translates to “so we dance” and for those not fluent in French, it basically tells the story of a guy who uses party culture, alcohol, and drugs to distract from going through the robotic motions and struggles of everyday life and eventually unravels. It’s a wild ride, and we listened to this song a lot while we were in Europe before we figured out what this song was about. The music video is definitely worth a watch.

Skip this. No seriously. This song is only in this playlist because of how truly absurd it is. It was playing as the music to accompany an ad for all the activities our hotel in Canggu offered and we could not believe how laughably awful it was. It’s not just the music, the lyrics are the most cringy element of the song. The chorus of the song goes, “And if we should die tonight, then we should all die together,” and we’re not sure what kind of Jonestowny party they’ve been invited to, but it’s a hard pass from us. This song had us in a “is this really what the kids are listening to these days” kinda moment, which had us remembering John Mulaney’s joke about new music and “how tonight is the night and we only have tonight.” Please, save yourself the pain and trust us on this one and skip this track.

Another song we just love for the female empowerment. Does anyone have Dua Lipa’s number? We just think we’d be such good friends…

THE NEXT EPISODE BY DR. DRE AND SNOOP DOGG

No complaints with this song, it reminds us of late nights out on the town in Siem Reap, Cambodia (a party town through and through), which is strange, but hey. At the end of the day, a good song is a good song.

LONDON THUMAKDA FROM THE MOVIE QUEEN

This song brings an instant rush of dopamine to the brain for us. It’s definitely not your average song; afterall, it’s from a Bollywood movie. We discovered this song on International Women’s Day when the women who worked at our hostel in Jaipur threw a pajama party for women only. It was just so much fun; we were taught a lot of staple Bollywood dance moves and mimicked them atrociously (though we do a good screw-in-the-lightbulb dance move). Little known fact, Indians may be the most talented and spirited dancers we’ve ever encountered. There’s something so joyous about a bunch of girls dancing and singing every word to their favorite Bollywood songs (they knew every dance move, and even when they didn’t, their improvisation looked like it was choreographed). They also introduced us to the movie, Queen, which is about an Indian girl who gets jilted by her fiance the day before their wedding. She decides to embark on a journey of self discovery by going on her honeymoon to Paris solo (which is a big deal for a traditional Indian girl to take an international trip by herself). It ends up being a story of female empowerment (are we sensing a theme here?) and knowing 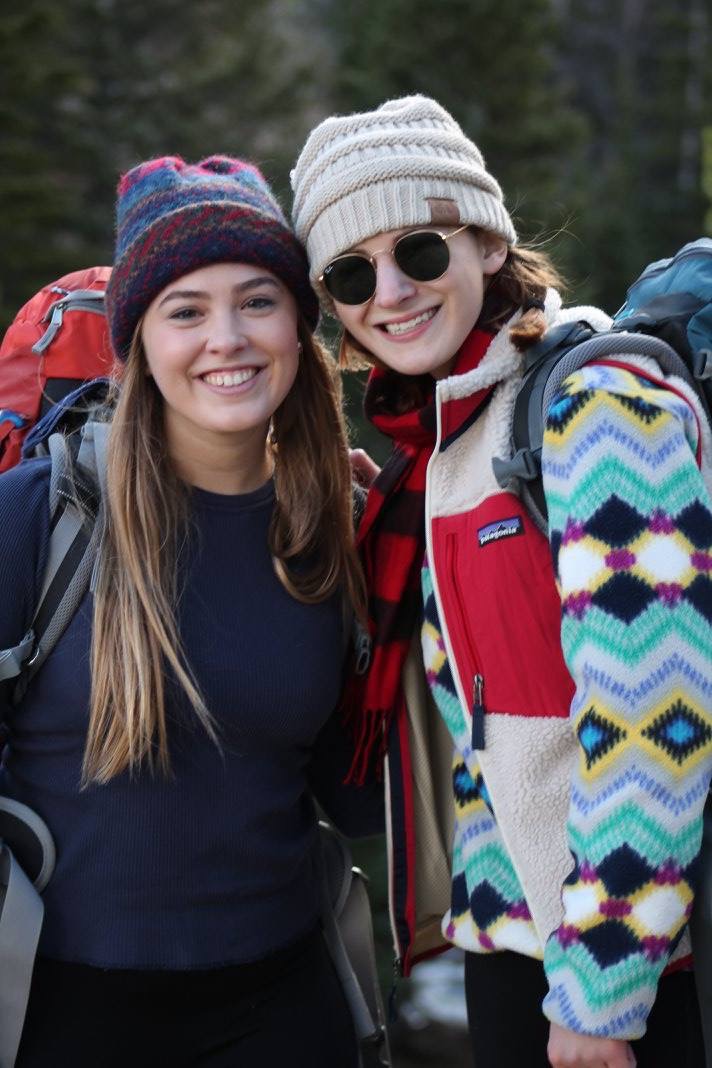